Best Music Movies Of All Time – Rock The Screen

With Queen’s autobiographical film “Bohemian Rhapsody” just around the corner, it’s a perfect time to take a look at the best music movies of all time so far.

I love music and I love movies, so I always kept an eye on the genre of musical films. Although I took into account three decades of movie history, it wasn’t’t hard to come up with a shortlist of only 4 movies that deserve to be mentioned.

All right, here comes my personal list of the best music movies of all time in a chronological order. 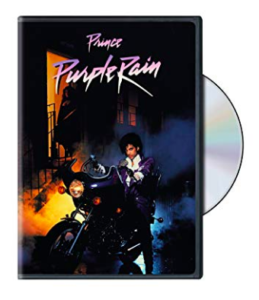 Honestly, it’s been a while since I’ve seen this drama movie, starring Prince. Still, it is memorable to me, because of its authenticity.

Prince aka “The Kid”, trying to make it with his band, had only to replay his own pursuit of fame. It sometimes feels like Sly Stallone playing Rocky, just in a musical context.

The Plot
The Kid (Prince), a troubled, but talented singer of The Revolution. The Revolution performs regularly as one of the three First Avenue nightclub house bands. When their set is at risk by a new band featuring his girlfriend Apollonia (Apollonia Kotero), things really hot-up.

In addition, he has to deal with a difficult home and band mates, who feel disrespected as The Kid refuses to play their own songs. Finally, he gives in to play some new music, which instantly is a huge success and makes The Revolution win over the crowd. 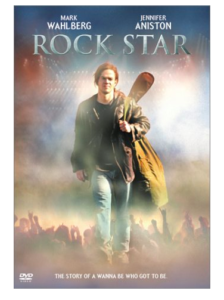 It’s no easy task to bring the glamorous rockstar live of sex, drugs and Rock ‘n’ Roll onto the movie screen. However, the actors and producers from Rockstar have done a good job here.

Mark Wahlberg in the leading part is the perfect pick. As Wahlberg has a strong background in music, it is of little wonder that he delivers an astounding performance. He already earned some reputation for films like Boogie Nights or Three Kings, which founded his new career path as an actor.

Although the film has had only limited financial success and was considered a box-office-bomb with regard to profitability, I think it’s a great movie, especially for those, who are into 90s rock music.

The plot
Chris Cole (Wahlberg) a regular dude, working a 9 to 5 office job, is a heavy admirer of rock band Steel Dragon. By night, he sings in a Steel Dragon cover band and dreams about becoming a rockstar one day. Sometimes dreams come true.

When Steel Dragon’s singer gets kicked out of the band, Chris auditions for the job – and surprisingly gets it. His world is put upside down and soon he lives the cliche of a rockstar life: Sex, Drugs & Rock ‘n’ Roll.

Initially loving his new lifestyle, he later gets more and more sick of the superficiality in the limelight. When his longtime girlfriend Emily (Jennifer Aniston) breaks up with him, Chris gets aware of his deteriorating behaviour.
Finally, he gives up the fame and fortune to start a new, unglamorous, but genuine life, making his own music.

Side note for Alter Bridge fans: Singer Myles Kennedy appears at the end of the movie as an enthusiastic fan, who is picked from Mark to get on stage and (symbolically) substituting him. 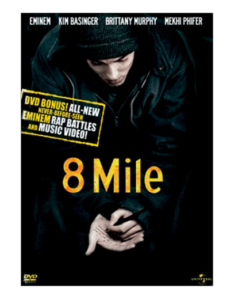 Hands down, I was never a fan of Hip hop music. Therefore, I was a bit hesitant to watch this drama movie starring rapper Eminem. Only because I heard some positive critiques and in general I love these loser-ultimately-wins stories, I thought I’d give it a shot.

Boy, glad I did. Never would I have believed that Eminem could perform that persuasively as an actor. The struggling, the fighting, the battling and finally the succeeding really carried me away.

Besides, the story of 8 Mile goes much deeper, when showing his trouble with alcoholic mother (Kim Basinger), his own personal maturing and his skills as a battle rapper.

Jimmy “B-Rabbit” Smith Jr. (Eminem) is a factory worker as well as a rapper trying to make a music career. Living in a trailer park with his alcohol addicted mother Stephanie and his little sister, his life seems kind of stuck. Despite support from his friends, he also questions his abilities as a rapper after getting booed at a battle.

At some point he contemplates his whole life and assumes more responsibility over it, including the decision to put his career on hold and support his mother and sister. This new mindset is also noticed by his boss at the factory.

Although reluctant at first, he competes in a final battle, where he raps against three members of “Leaders of the free world “, a rival rap group who was participated in a recent assault to Jimmy. Beating group leader Papa Doc in the last round, Jimmy gets offered a desirable position as battle host. He puts down the offer and heads of to his own, new future. 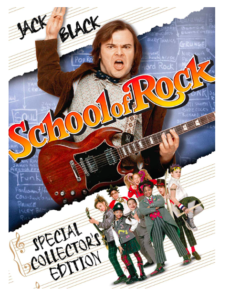 Starring Jack Black in his prime as a fake substitute teacher, this comedy movie is hilarious and highly entertaining. Everyone, who knows about Black is aware of his love of music. Although primarily working as an actor, he’s also regularly performing with his band Tenacious D.

Dewey Finn (Black) is an unsuccessful musician and always short of money. After being thrown out of his band, he hit rock bottom. Out of desperation he pretends being his roommate Ned Schneebly and takes a job offer as substitute teacher.

After the first days of having a cushy number, he develops a plan and starts educating the class about rock music. Soon he sees the opportunity to form a new band with some talented students and to audition for a spot in a local band competition. While the crowd is crazy about them, they don’t win the contestant.

Meanwhile, Dewey’s fraud gets discovered. Supported by the positive opinions of the kids, Jack gets pardoned and founds his new mission as a music teacher founding the School of Rock.

Look, if you’re interested in movies having a musical context, there are some great ones you definitely have to watch. Ranging from comedy to drama, none of them will leave you untouched.

Purple Rain, Rockstar, School of Rock and 8 Mile are on my top list of music movies.

If you haven’t seen any of them, turn on Amazon Prime or your DVD player and enjoy the show.