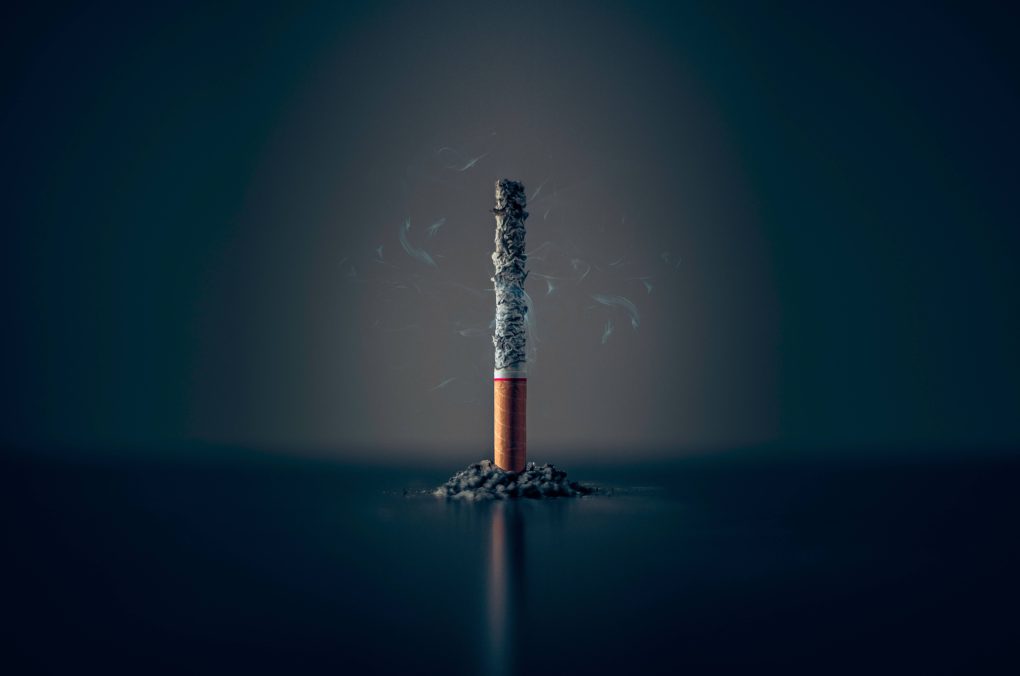 Are you a smoker… and a singer? Has it been an ongoing nagging question if  smoking does affect your singing voice?

Or are you just getting started with singing and still light up a cigarette once in a while ?

Sure, smoking on stage looks cool and can make you feel like a rock star.

But is it a good idea either?

There’s a lot talking about vocal health and how to keep in shape for having a long-lasting singing career.

Does smoking affect your singing voice? If yes, to which extent? Or is it all smoke and mirrors?

In the next few paragraphs, I will address these questions and shed an objective light on this ongoing discussion. 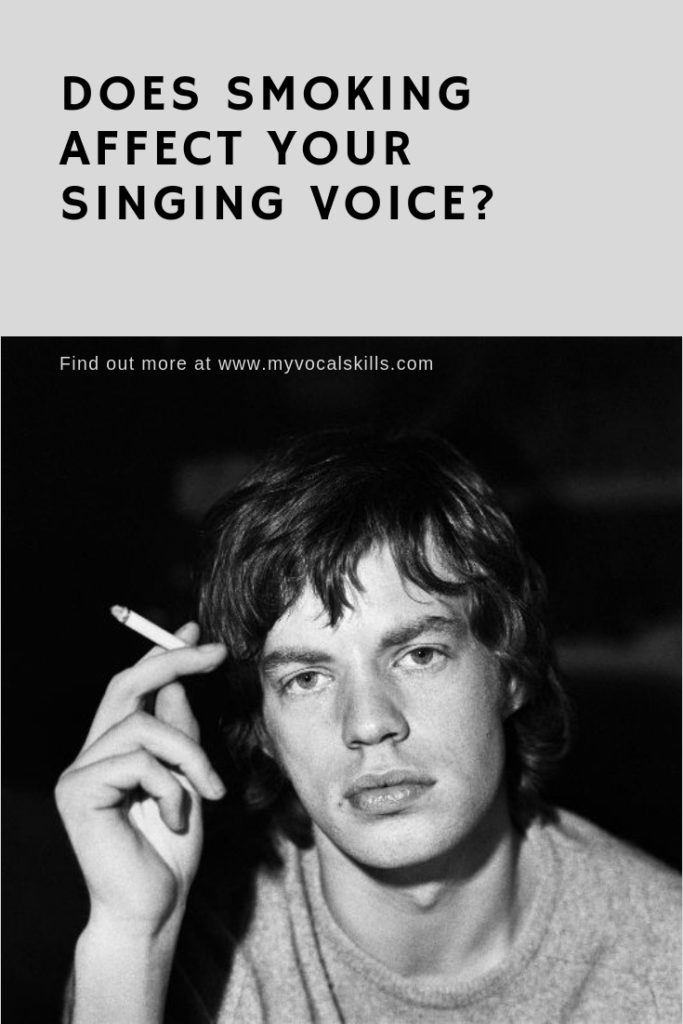 Are Singers Prone To Smoking?

Currently, there are one billion smokers worldwide.

While you could get the impression, that the lifestyle of artists with heavy partying would show a higher rate of smokers, recent statistical outcomes paint a different picture.

According to multiple surveys1 singers (clustered with arts, designs and entertainment) are in the mid range of all professions, with ranging smoker rates between 14 to 17%.

People, who work in construction and in food services (!), have the highest smoking rates with around 30% (Fig.1)

When you look at the vast amount of anti smoking campaigns and restrictions that were put in place over the last years, it seems plausible.

Smoke Your Way to A Lower Voice

I found some interesting studies conducted with smokers and non-smokers.

They measured different vocal parameters, e.g. fundamental frequency to analyze the impact of smoking to the voice. 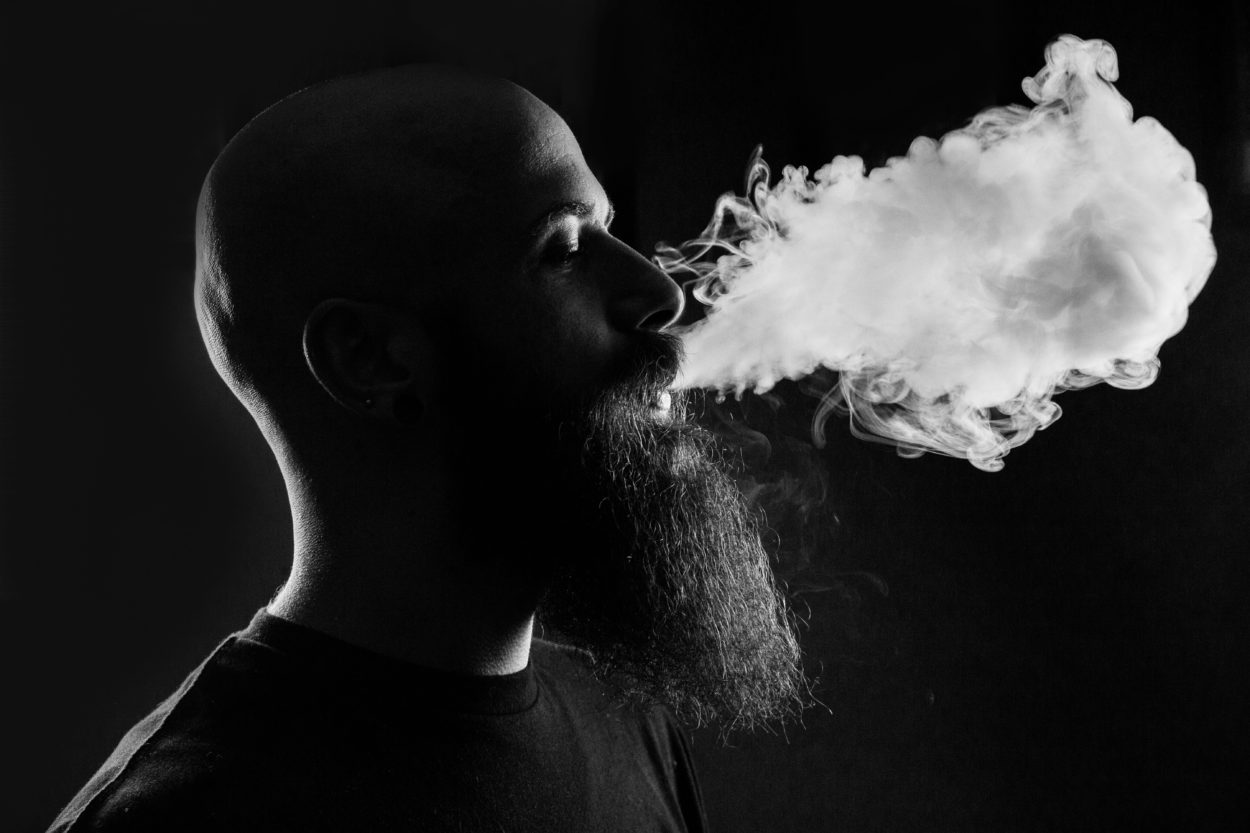 Results of a Brazilian study showed, that in a relatively short time period (< 10 years), fundamental frequency parameters were significantly decreased in all smoking groups.

The effect was especially seen in female smokers, which had a frequency decrease of 14Hz on average, compared to the non-smoker group.

So, what does that mean?

If you smoke for couple of years, your voice gets deeper and you lose some of your brilliant high notes. The vocal change is considered to be a result of vocal edemas due to tobacco exposure.

Did You Know That This Artist Smokes?

When you take a look at some popular singers, you may be surprised, who else smokes or used to smoke.

Hardly did you hear the story, that one gave up smoking due to vocal problems. Don’t get me wrong. I don’t want to idolize smoking singers. No, don’t smoke at all, it’s harming your overall health.

But let us for a minute judge it objectively, by answering some interesting questions.

– How could one of the best tenors of all time, Enrico Caruso, be a heavy smoker and still deliver the best high C performances?

– How could someone like Dean Martin, who eventually died of lung cancer, keep his unique smooth voice throughout his entire career?

How To Smoke And Still Sing Like An Angel

If, despite all unfavorable health prospects, you can’t or don’t want to quit smoking, you should take some actions to keep your voice in good shape.

The best prevention for a damaged voice is singing with a solid and healthy technique.

If you learn how to use the airflow properly and sing efficiently with only minor engagement, you will enter a world of maximum outcome with only little effort. 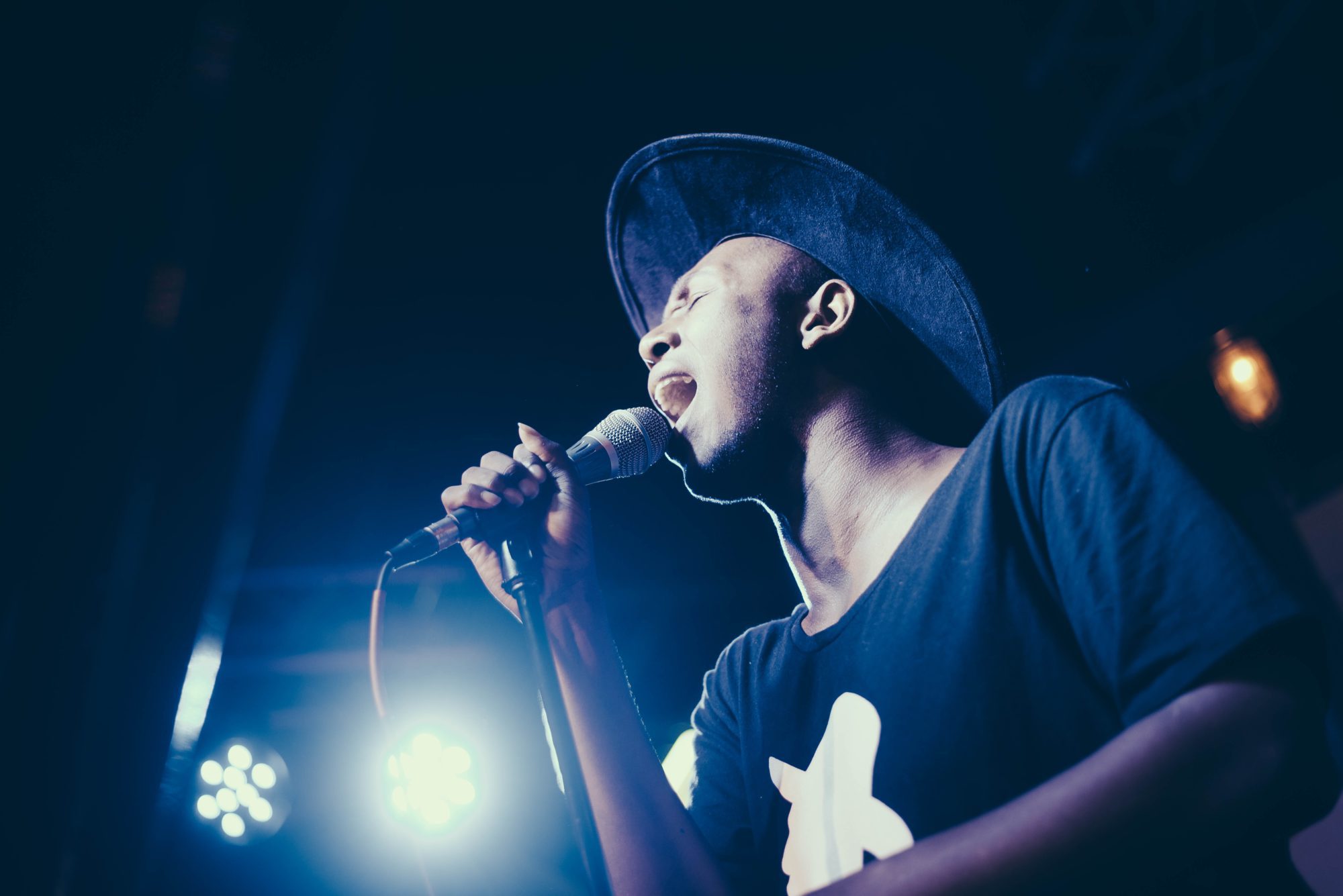 Moreover, alcohol has a much deeper immediate impact on the vocal chords than cigarettes will ever do.

Remember the last morning after a boozy night.  When you woke up to answer the phone, you sounded like Barry White. That’s the result of swollen vocal chords. In this respect, smoking and drinking is a terrible combination.

I Was a Smoker For 15 Years

My daily average nicotine consumption roughly comprised one pack of cigarettes. Although I’m happy, I finally quit, (what was much easier than I thought in the first place), I leave it up to anyone’s own decision.

Throughout my “smoking career”, I started taking voice lessons and seriously working on my vocal skills. There was a period of 10 years, where smoking and singing overlapped and a single year, where I stopped smoking for the first time.

I can only speak for myself, but interestingly I didn’t notice that big of a difference, when I was still smoking and the times of cessation. Neither did I have a clearer voice, nor did I experience more ease/more struggle within my given vocal range.

That lead me to my personal conclusion, that the effects smoking has on your vocal skills might probably not be as serious as supposed.

On the other hand, I was never a heavy-touring singer, who had to go to his vocal limits night after night. That might have an additional impact.

Without any doubt, smoking is an unhealthy habit, which can seriously harm your health. There’s no good reason to smoke at all. If you still do it, quit, as fast as you can.

There is a program that helps you quit smoking literally without even trying it.

But Anway, looking at the effects, smoking can have on ones singing voice, there are ambivalent findings.

On the one hand, science proofed that smoking over several years can cause vocal edemas, which result in a lower voice. On the other hand, there are multiple examples of famous singers, who heavily smoked and yet kept their voices on a high level throughout their careers.

However, there are some good strategies to keep your singing voice in shape, even if you don’t want to say goodbye to your daily dose of tobacco. First and foremost, singing with proper and healthy technique, will save your voice for many, many years.

Did you like what you just read? Are you a singing smoker or have you quit, already?

Tell me what you think about this topic and/or your experiences. I’m curious!

8 comments to “Does Smoking Affect Your Singing Voice? – Scientific Revelations”

You can leave a reply or Trackback this post.